Acquired and traumatic brain injury (TBI) cases are the most complex of all personal injury claims...

...due to the enormous complexity of the brain and the wide spectrum of injury that can occur. 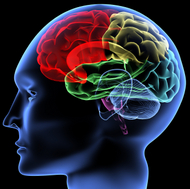 As the master organ, the brain controls virtually every function of the body, and the brain cells are unlike those of any other organ in the human body.

The cells of every other organ are constantly dying and being replaced with new cells. However, in general, by the time of a normal birth, a human being has all the brain cells the person will ever have for life. Again, in general, when a person suffers brain damage due to any mechanism, the resulting destruction of neuron cell bodies are, by definition, permanent in nature. They can never be replaced.

Understanding the medical aspects of brain injury requires more than the integration of a patient's clinical reports from numerous medical specialists. To truly understand the nature and severity of a brain injury requires an understanding of the research in numerous fields of medicine and advanced assessments of a patient which goes well beyond care typically provided by clinical medical providers (experts we typically call as witnesses).

Many experts believe that just as evolution was to the 19th century, and genetic research was to the 20th century, the biology of the mind will dominate medical advancements in the 21st century. Only now are scientists truly beginning to understand the molecular biology of "cognition." What is a medical challenge to scientists is similarly a communication challenge for lawyers. The attorney representing a traumatically brain injured client must prove two realities to the jury. First, the degree of the organic damage must be proven to the jury. Second, the jury must be educated to the reality that the human brain contains the soul of humanity. It is the physical location of a person's personality; and it "contains" who we are as human beings. In particular, the frontal lobes constitute two-thirds of the human brain and are responsible for an endless multitude of cognitive processes frequently described as "executive function". These functions include memory, speech, language skills, mood and affect, personality and self-awareness. They control the most important information processing: the ability to reason so as to conduct oneself appropriately in terms of socializing. The frontal lobes control all of the emotions, including fear and impulse. They control judgment, and, in particular, moral judgment. They make civilized behavior possible. Unfortunately, because the frontal lobes are a bottleneck, or a point of convergence, significant damage virtually anywhere else in the brain may damage the function of the frontal lobes, and vice versa. The literature describes this as the "noise summation" effect: the aggregation of faulty signals which take place in the pre-frontal cortex following diffuse brain injury.

The families of individuals suffering from severe traumatic brain injury are frequently told the best way to cope with what has happened to their families is to accept the loss almost like a death in the family. This is because the person who existed prior to the TBI is gone, and a new person, usually with significant problems, must be accepted as he or she is. Unfortunately, this kind of rationalizing is more difficult in pediatric and adolescent TBI cases, because the injury tends to reveal itself slowly over time. It is only as the child develops neurologically that the full extent of the damage can be observed.