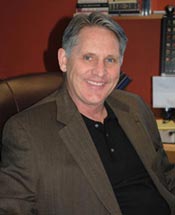 Mr. McNamara has also developed a particular interest in handling traumatic brain injury cases, including cases involving birth injuries. He is a member of the North American Brain Injury Society (NABIS) and the Brain Injury Association of Arizona (BIAAZ). He has won numerous multi-million dollar recoveries, both by jury verdict and private settlement for the victims of such injuries and their families. He has been the lead attorney on countless cases involving catastrophic injuries and wrongful death claims, both for claimants and for defendants.

Mr. McNamara was awarded a Bachelor of Science in Business Administration from the University of Arizona in 1980. He has been a Certified Public Accountant (Retired) in Arizona since 1982 . He received a juris doctorate degree from the University of Tulsa College of Law in 1986, where he served as the Managing Editor of the Tulsa Law Review. He is admitted to practice in the State and Federal District Courts of Arizona, the Ninth Circuit Court of Appeals and the United States Supreme Court. Mr. McNamara is a "Preeminent" AV-rated lawyer with Martindale-Hubbell and has an AVVO rating of 9.5.